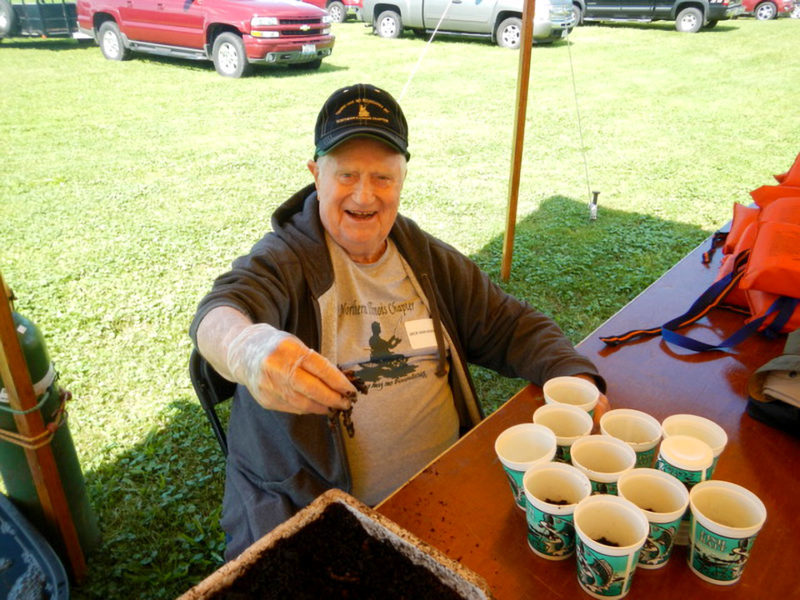 Very long time member – designated with an honorary Lifetime Membership at Riverside Fishing Club passed away August 20. Along with being in on the original formation of the club, JVK’s infectious smile was present many times at extra events, kids’ fishing events, fundraiser efforts – the raffle table and events which promoted our Armed Services. JVK was very passionate about Riverside Fishing Club and will be sorely missed! The following is his full obituary.

Age 85 of Lockport, passed away at home August 20, 2018. John was a proud U.S. Army Veteran, he served in Korea 1953-1954. John was the English Department Chairman and High School English Teacher at Leyden High School, Morton East High School, Proviso East High School, and retiring from Hinsdale South High School.  After retiring he taught at Elmhurst College for several years.  John conducted writing workshops for high school students for many years.  He was a graduate of Streator Township High School, Streator IL, Western Illinois University, and University of Illinois.  He served on the board of Maercker-Holmes School Board for several years.  He was the co-founder of the Phoenix Writers Workshop and a dedicated member of the Riverside Fishing Club.  John was an avid fisherman for much of his life, ready to fish in any lake or river with family and friends.  He especially enjoyed the PPPPP annual fishing trip with his fishing buddies.  He loved sports and coached youth football and baseball teams for many years.  John was a teacher, writer, mentor, and friend to all.